I Owe WHAT? The hidden tax costs of the Affordable Care Act 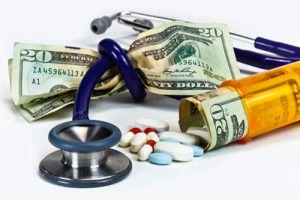 You’re sitting with your accountant filing all the necessary paperwork for your 2014 taxes, already daydreaming about how you’re going to spend your big refund check. All of a sudden you see the grand total of your return and suddenly those daydreams turn into nightmares.

One Way the Affordable Care Act Can Affect Your Taxes

As you’ve probably heard (I mean really, who hasn’t?), the Affordable Care Act went into effect in 2014, meaning health insurance is now mandatory in the United States.

Many unsuspecting taxpayers, including you possibly, chose a plan from the Accordable Care Act Marketplace, which provides millions of Americans who don’t have employer-supplemented heath care with various coverage options.

However, to help curb the costs of these sometimes expensive plans, the U.S. government provided advance premium tax credits to many Marketplace purchasers. The credit amounts were based on annual household income with the goal to alleviate the financial burden of expensive monthly health coverage for Americans that qualified.

According to tax leader H&R Block, this leaves an estimated 3.4 million Americans in debt to the U.S. government since they unknowingly underestimated their annual household income and therefore received assistance they technically didn’t qualify for.

Now it is tax time and the U.S. government is collecting the difference. This hidden tax item could possibly lower your refund or have you owing money instead.

What happens to those that decided not to purchase health insurance despite the new law?

If you don’t already have health insurance and failed to purchase any in 2014 you now must pay tax penalties, unless you qualify for exemptions. In order to even be considered exempt, you would have had to apply for the exemptions. If you failed to do this, you will face penalties.

Penalties range from $47 for a child, $96 for an adult and up to $285 per household, or 1 percent of household income. Many are unaware of the rule that you have to pay the LARGER of the two amounts, which could end up costing middle and upper-class individuals a lot more money than the minimum penalty stipulations.

Penalties are expected to increase each year and could cost you a lot in the long-term, especially if you end up having to pay for expensive unforeseen medical treatment.

How can I avoid tax penalties going forward?

The easiest way to avoid tax penalties if you don’t have insurance is to follow the law. Not only is health insurance a vital safeguard of your health, but you will save yourself money in the long-term by avoiding future penalties.

It is too late to escape 2014 tax penalties, but you can still enroll in the Individual Open Enrollment Period through February 15.

Talk to your trusted Independent Insurance Agent today and we can guide you through your options for a healthier outlook.

Are you ready to save time, aggravation, and money? The team at Golden Rule Insurance Associates is here and ready to make the process as painless as possible. We look forward to meeting you!